Tuesday is Belated Monday, and I am the Mother of Collies

Today's post was supposed to be yesterday's post, and it was supposed to be about my love for collies. I have two collies right now. My whole life I’ve had collies. My father desperately wanted his own Lassie puppy, back in the fifties, but he didn't get him until graduate school.  I was watched over by a collie from the time I was born. And so, here I am, in 2016, the Mother of Collies.

It’s not as exciting, I suppose, as being the Mother of Dragons, but don’t let the Lassie-faee fool you, collies are characters.

I wanted to write about the joy they give me, the sheer sense of fun they bring to every day. I wanted to tell you how smart and clever they are, how they communicate like people, and manipulate like psychological masters. I thought I might mention their loyalty, their psychic understanding of the needs of all around them. Or, I thought, I’d talk about how individual they are, how no two are the same, and how my sweet Summer, now eleven months old, is constantly cracking me up with her feminine ways, the first of all my dogs to be female and to show me this side of the collie equation.

But, ultimately, all I can say is, they are essential to my life. I can’t live without them.

I'm grieving hard this week. It's one year since we said goodbye to Data, the first of the collies who was mine.

There’s a hole in my life. It’s hard to explain, but it’s there.

Data was with me, always. And by, "with me," I mean literally by my side. He was on my feet when I washed dishes. He stood between my knees and the cabinets while I cooked. He slept in bed with me until he couldn't get up there anymore. He lay under my desk while I worked. He wanted to be as close to my body as he could, for most of his life.

But once we brought home Bailey, Data had a playmate. And they would play and play, so he wasn't always next to me, just all the time he wasn't playing with Bailey or patrolling the large yard that was the gift of his golden years.

Bailey, our now four-year-old, collie,  loved Data like a father and a brother. I’ve never seen a dog grieve before, but Bailey was three when Data died at age twelve and a half. Bailey aged. In just a few weeks, he was no longer our baby dog. We brought home Summer as soon as we did, mostly for Bailey. I could have waited, but Bailey couldn’t.

And from May tenth to August tenth of 2015, Bailey went from being the baby, the goofball puppy, to being the canine patriarch.

These dogs belong to what I think of as the line of Robertson dogs. They come after Magus, and Shane before him, and Cyrano, and first, Tybalt. But, their spiritual existence, in the minds of humans, goes back much farther. It goes back to Lassie, and before him (all the dog actors who played Lassie were male) to Lad, the dog king of The Place, as described in the stories and books of Albert Payson Terhune.


Lad died a hundred years ago, and yet, when it was time to sprinkle my dad’s ashes, in all the places that meant so much to him, we all knew we had to go to Sunnybank. We stood at Lad’s grave, and sprinkled a pinch of my dad (he would have found our ashes-based shenanigans hilarious), around the edges—and I read the passage about the death of Lad, from Lad a Dog. 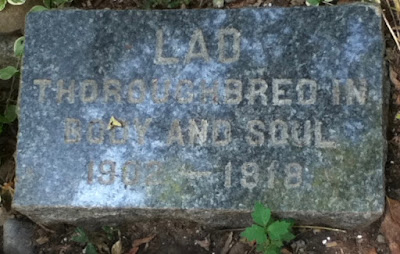 It’s hard to write about joy when I’m feeling so sad. But that’s how it is. The collies bring me so much love and joy and laughter and comfort; the pain of losing them is sharp and deep. Even a year later, there’s an ache in my heart for the space Data occupied in my life. Summer and Bailey are both asleep in my bedroom, and I love them both, but they occupy their own special place.
Yes, collies bring me joy. But, today, I’m experiencing the flip-side—grief.

I miss you, my steadfast, beautiful, boy. 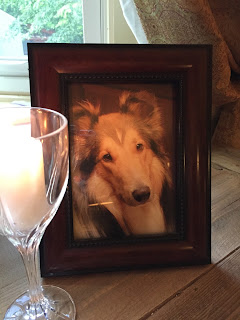 Posted by Jennifer Spiller at 10:22 AM No comments:

The Comfort in a Village of Mothers

The Comfort in a Village of Mothers

Facebook’s On This Day feature can feel like a blessing and a curse.

I’ve been dreading today, because last year it was my last full day with my beloved collie, Data.

I’m lucky in that this is as complicated as Mothers Day gets for me. I have a great mom, who loves our family so much, who always jumps in to help and support, who is always enthusiastic about my endeavors, and who desperately wants my brother and I to be happy.

Not everyone is so lucky. One of my oldest friends lost her mother on Mothers Day. I grew up eating in her mother’s kitchen, making the most awesome forts out of her old saris, and knowing that their home was always open to me, a safe haven of refuge at that end of the street.
When I think of the street where I grew up, I don’t think of the whole street. I think of the stretch from my friend Reeta’s house to my friend Priti’s house, with my house in between.  Reeta’s mom, my mom, and Priti’s mom were the pillars which marked my passage down that small community of houses.

Once past Priti and Reeta’s houses, was “the rest of the neighborhood,” and a little less safety.

There were other mothers there, too. I may not have been in their house as much, but there is no doubt in my mind that Mrs. Murphy and Mrs. Ben would have been available if I fell and got banged up. Our neighbor to the left, Mrs. Meisen, was always out on her bicycle, or walking, and would invite me in for “healthy snacks.” I remember hanging out with her one night, watching a variety show, with Dolly Parton singing in spangles and sparkles.

Across the street, the old grandma, Rose, lived in her in-law apartment. She and her husband, built like Jack Sprat and his wife, were always in residence. Her husband didn’t speak English, as I recall, and Grandma Rose was always watching her shows, and I sometimes popped in just to sit with her. I don’t even remember why.  Or, when her great-granddaughter was visiting, Jessie and I played secretary, using her tv trays, with hot cocoa in mugs that we pretended was coffee.

I was lucky. My safe spaces were all close together. I could move between them on my own feet, mostly without any supervision—or so it seemed. Now that I’m a mother, I realize that there was supervision, because all of these mothers were looking out for me.

My children live differently, partly because of our having moved so many times, but also because the world is a little different. We spend more times in cars. More women work outside the home. We put nearly thirty kids on the bus in the morning at our bus stop. Only about half get off the bus in the afternoon. Aftercare is a large part of kids’ lives here.

I recently started thinking about my children’s safe spaces, and I realized they’re spread across counties and states. We’re moving to a new house in our town this summer, and I’m looking forward to it, because the kids will be able to walk to their schools and to many friends’ houses. When we went looking for the new place, I rejected several that weren’t bad at all, but weren’t close to the schools. Today, I realize I wanted to make a space for my kids like the one I had growing up on Long Island.

So, happy Mothers Day, to the women of Schuyler Drive. Thank you for being my safe space.

Posted by Jennifer Spiller at 11:54 AM No comments: 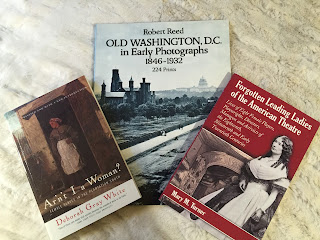 It's going to be a quiet day today, a yoga pants and ponytail day, with laundry and research reading and puppy snuggling.

And okay--maybe--I'm also going to order display stuff for my Stella & Dot business, because I got my first real paycheck yesterday, and it felt every kind of awesome.

I've had one paycheck, before this one, since my daughter was born. 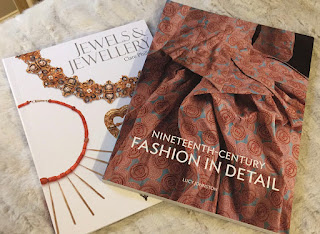 Thank you, BC Theater Department, aka Holly's UnGooglable husband, for enabling that little payday, and for the crazy fun of designing Macbeth in a day, with Walmart and JC Penney as our only resources.

The amazing feeling of getting a paycheck, for having fun? Indescribable.
And yes, both of my paychecks of the last twelve years were for doing something I love.

Designing, styling, finding just the right look for a character or a person?
I love that. 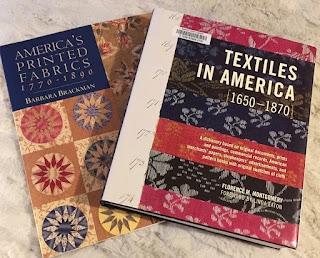 Now that I think of it, maybe a little visual research is in order for today.
Because there's another paycheck I want, too.
And it's time to find the joy in that again.
Posted by Jennifer Spiller at 9:18 AM No comments: